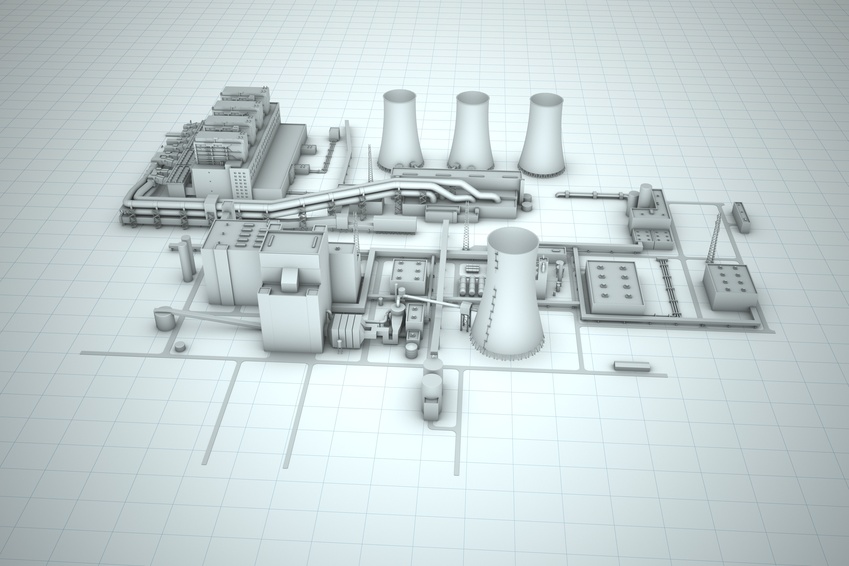 Generally speaking, a cooling tower is a tall, cylindrical structure with an open top that cools water and condenses steam coming from industrial processes. By transferring the waste heat that comes from industrial processes into the atmosphere, cooling towers are able to regulate temperature more efficiently than traditional heat-exchange systems.

But how does a cooling tower work, and how are they more sustainable than other forms of temperature regulation? Here’s a quick, three-step look at how cooling towers work:

Cooling tower systems rely on the air to cool down water

Within the tall, waisted design of a cooling tower, warm water and condensation is exposed to cool air in order to cool the water to the highest extent possible. The water normally exits the tower in evaporated form.

The two main cooling schemes found within cooling towers are crossflow and counterflow. In a crossflow cooling tower, the water flow is perpendicular to the flow of air; these towers are typically smaller and more cost-efficient. In a counterflow tower, air flow runs directly opposite to the flow of water — the hot water is sprayed downward from above, while airflow is directed upward from below. While counterflow towers tend to be noisier, they’re also less prone to freezing.

Cooling towers also use varying means by which air is moved

Have any other questions for us on how cooling towers work? Ask us anything or share any of your cooling tower-related thoughts by leaving a comment below!