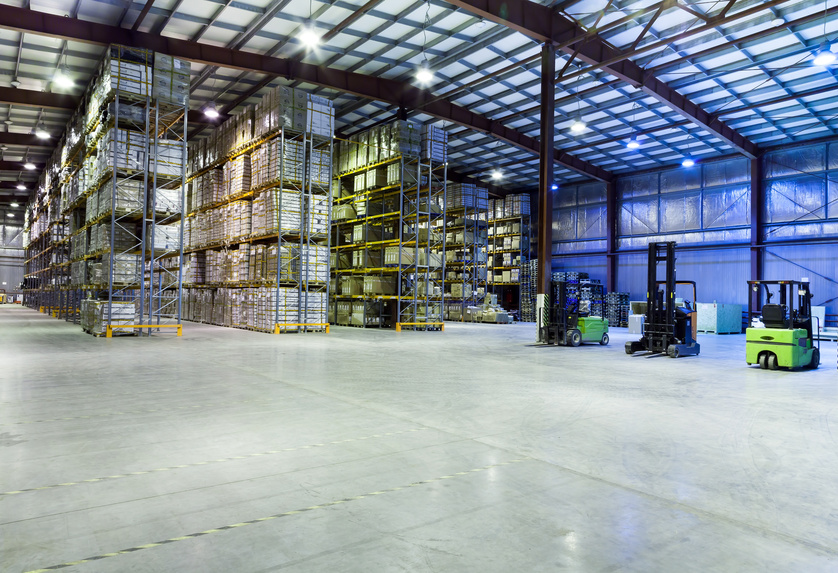 Although physical retail stores might be suffering huge losses, online retail is booming. With all the extra demand, online retailers are looking to renting commercial real estate — but not to set up physical locations, but instead to store their goods. Renting a warehouse (or several) is becoming more and more common for online giants, in order to handle, process, and store all the goods being shipped out. Indeed, the need for storage space grows by about 7% every year and the warehousing industry employs over 150,000 men and women. Even before the big online boom, between 1990 and 2003, four billion feet of new warehouse space was built!
So Why the Boom?
Like mentioned previously, online retailers are creating a huge demand for warehousing space. Although they don’t need to worry about renting commercial real estate for physical locations, they do need somewhere to centralize the goods around the country that they can easily ship from. Indeed, ever since 2000, warehouse space and distribution space has had its occupancy rates go up by almost 90%! It’s predicted that both offline and online retailers will need about 25 million square meters of extra storage room in the next five years.
The demand clearly isn’t going anywhere — it’s projected that e-commerce will keep increasing at a compounded annual rate of about 10% for the next five years (on average). This creates a huge opportunity for warehouse owners and developers to seize. Additionally, it’s reported that developing warehouses is still increasing, even without sure tenants. Over 60% of the almost 60 million square feet being developed in 2013 was being built without having tenants locked down to take the space over.
It’s a sure business as well — it’s worth over $25 billion. Additionally, warehousing space that’s at least 100,000 square feet and that was built in 1990 have never had a quarter of negative absorption. Impressive, considering that the occupied space is over 200 million square feet above pre-recession levels!
What Are the Pros of Renting Commercial Real Estate, Such as Commercial Warehousing Space?
If you’re a business that needs a place to store and ship goods, you should consider renting commercial real estate, such as a commercial warehouse. For one thing, if you use a public warehouse, you get technology and systems that the warehouse space itself uses — something that might be way too expensive to maintain on your own. There will also be a logistics team on your side to help as needed.
You can also reach more people at a lower cost — if you sell online, you’re only paying to keep your materials somewhere, not to set up branches of your company. Your deliveries will also be made faster and at a lower cost. Leasing a warehouse will give you more flexibility to expand and save you incredible amounts of money on storage and setting up new business outposts. This also means you can lower your prices, reaching a wider customer base, and keeping customers happy with your prices.
Consider renting a warehouse space — with so many cropping up all around the United States, you’re sure to find one close to you that fits all your needs.