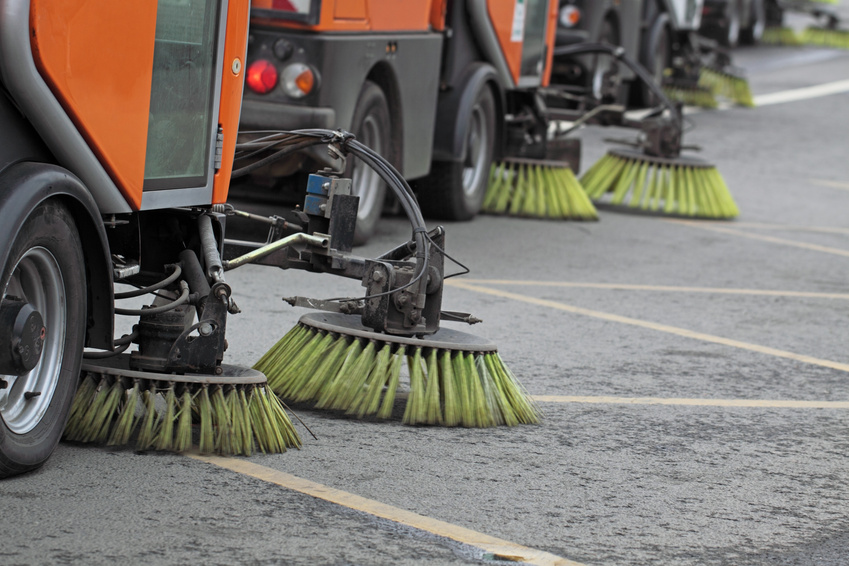 Do you live in an urban area where streets get dirty pretty quickly? Every week, you probably see street sweeper trucks cleaning the streets in your neighborhood, near your office, and throughout the rest of the city. Without these services, you can only imagine how dirty the streets would get over time. Eventually, the streets would become so dirty, we wouldn?t be able to use them to get around to our jobs, our outings, and to do errands. The street sweeping service is an overlooked but essential component to making sure we can live our lives as we please.

Interested in learning more about the history and development of street sweepers over time? Keep reading for more information how these trucks keep our streets and cities habitable.

History of Street Sweeper Trucks in the United States

The street sweeper has been around for more than a century as it was created in the 19th century. In 1849, C.S. Bishop first invented this machine. It was patented that same year, as well. The invention was an important step to take in maintaining cleanliness throughout the cities in the United States. Without it, streets were more difficult to keep clean.

The last thing the country needed was trash piling up in the streets causing more congestion. On top of that, the more trash and dirt, the more likely germs and diseases would spread. By pushing forward on systems and services meant to promote cleanliness, the country was able to find a way to make our streets safer and cleaner spaces to be.

Today, there are more than 9,000 companies that operate street sweeper trucks. These street sweeper trucks serve a multitude of purposes all across the country. As our country has developed and more systems have been put into place, the job of street sweepers has continued to become more important and essential to keeping our cities as clean as possible.

One of the main tasks of street sweeper trucks is to make sure that paper, leaves, and any other type of debris is removed from the streets. It may seem like a simple task, but it prevents so many other issues from occurring. For example, without the removal of these items from the streets, the gutters on the curbs can become clogged. This can cause backups, especially during times of flooding. When gutters and stormwater facilities are clogged with various forms of debris, the streets are more likely to be overrun with trash, dirt, and water if there are heavy rains.

In addition to that service, by cleaning up the streets, we are able to keep both large and microscopic pollutants from spreading across the city. There?s no guaranteed way to prevent bacteria and pollutants from existing in the streets or in a city. However, by collecting and removing as much dirt and trash as possible, we can at least keep the city safer and cleaner than it was before.

Without such road sweeping services, run off pollution would become more of an issue in cities. Roads and highways have heavy metals and pesticides that can travel far distances, especially when it rains or there is flooding. Sweeper trucks are able to help cut down on how much harm these pollutants can cause. In fact, it is estimated that every single year the street sweeping programs are able to remove more than a few tons of debris. For every bit of debris removed, that less pollutants to worry about in stormwater runoff.

Are there any other benefits to these types of services and programs in our cities? Let us know in the comments your thoughts on street sweeping in city streets and parking lot sweeping services.